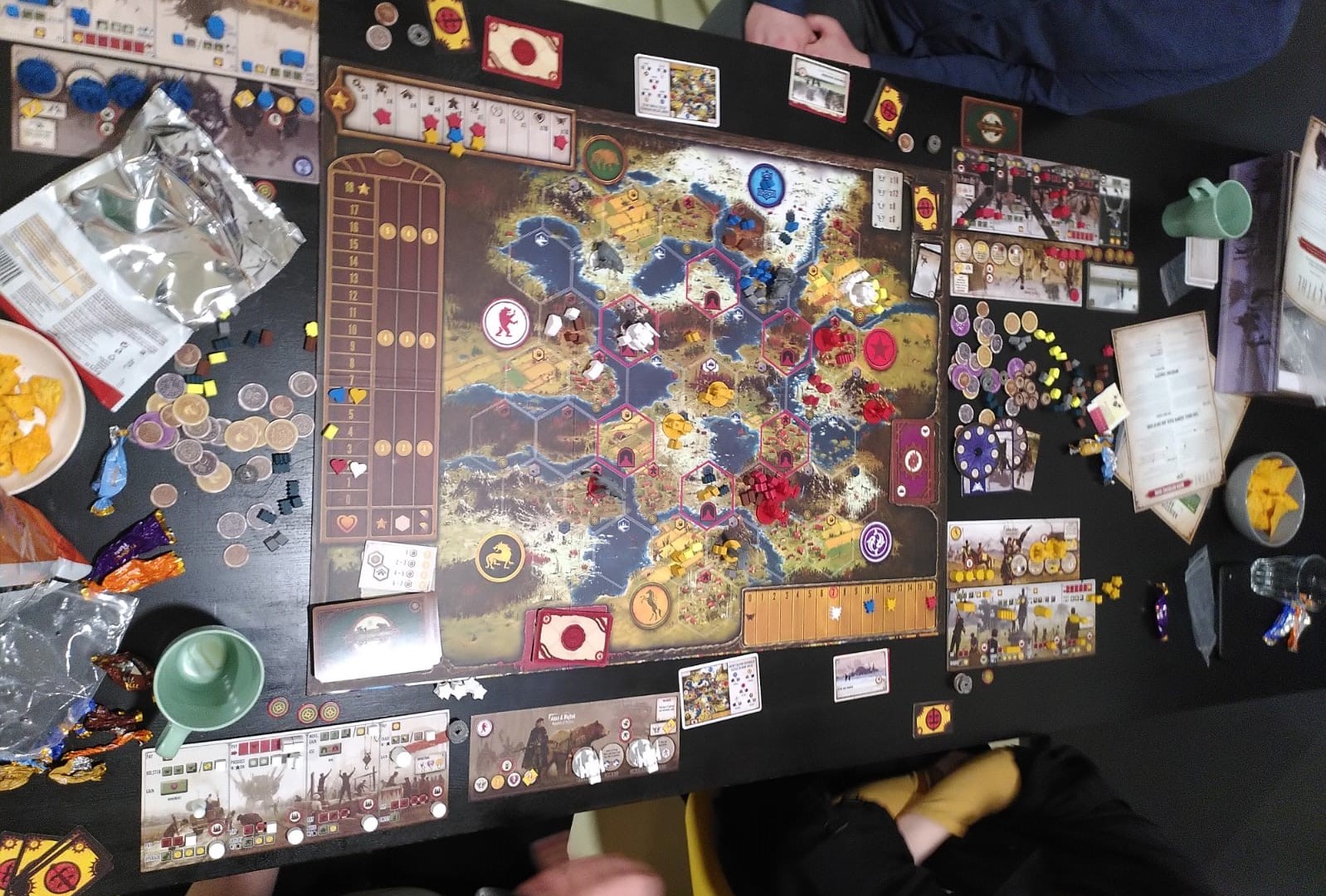 The Sunday’s at Café ‘t Rad were the first to come back. Mainly thanks to Jos who organises these open events. In 2022 we’ve expanded from having one gaming table to having the entire back of the building filled with enthusiastic gamers. Never been there? Here’s how it works:

Monthly Board Game Gatherings at Thuis

The Thursday evenings at the community center were wildly popular pre-pandemic. At its peak this event drew 45 participants from Wageningen and surroundings. It is easy to see why. There is a lot of space to play games, and even more games to try out. And the coffee is good, as is the company. My personal highlight of these events are Sam’s improvised speeches.

So far we’ve organised two post-pandemic Monthly Gatherings and we were surprised to see that 30 people attended. It was fantastic to see both familiar faces and new people find their way to our gaming tables again after such a long hiatus. Never attended a monthly gathering? Here’s how it works:

The two previous events are fairly well known, but did you know that there is a vibrant underground scene in Wageningen? As big game nights became literally illegal, the hardcore gamers started organising small game nights with 2-4 people at their homes throughout the pandemic. These small gatherings are still happening and a lot of fun. Especially our Meeple Members consolidated into smaller “bubbles” to play legacy style games such as Gloomhaven, the King’s Dilemma and the aptly named “Pandemic Legacy”. These games are played over several game nights with the same players so it makes sense to plan these in advance. Also something that didn’t stop during the pandemic: the fulfilment of Kickstarter campaigns. More than ever before are games on the shelves screaming at us to be played. Now is the time to make that happen! So, how does the underground meeple scene work?

But wait, there’s more! There are several things already set in motion that will be rolled out over the course of 2022. There’s likely to be another Board Game Getaway this year for example. We’re also working on setting up a board game library and some brand new merchandise with our logo. Personally I’m the most excited about the annual field trip to the mecca of boardgaming: Essen Spiel. This is the largest board game convention in the world and we’ve secured accommodation with a capacity of 30 gamers within walking distance of the convention. Keep an eye on our Facebook Group, the Discord channel and this website to stay in the loop on these and other developments.

See you at the gaming table,