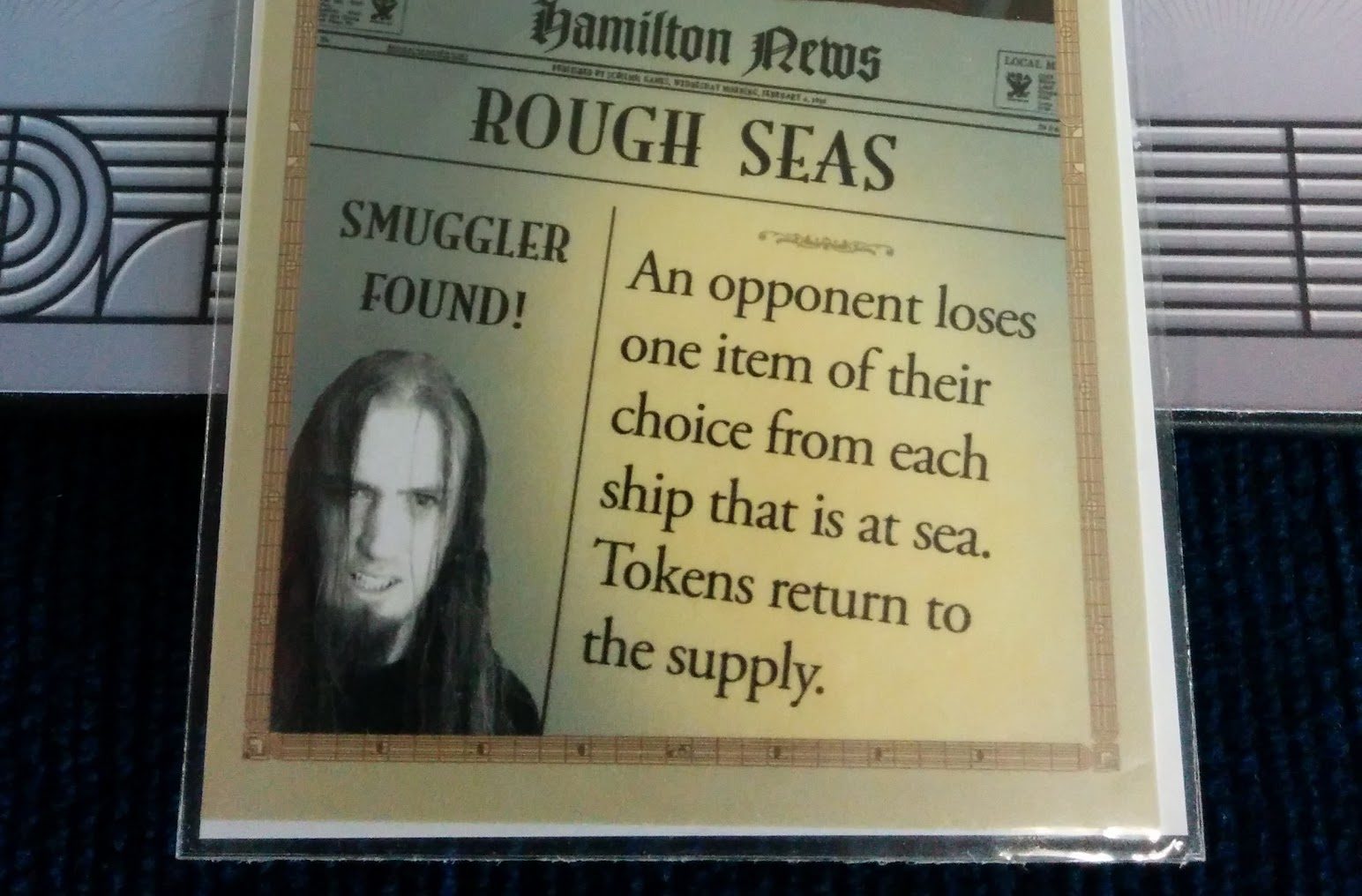 On the Wagon Again is a regular series of articles in which you can get to know regular members of the Wageningen Board Gamers, past and present. This time we introduce our chairman: Sam!

I’m Sam Sarjant, tall, male, born in New Zealand in 1987, but moved to The Netherlands in February 2016 for work. I’m more or less the one who grew the Wageningen Board Gamers into what it is today (from early roots).

I have a PhD in Artificial Intelligence, and had just finished a Research Fellow position at The University of Waikato in NZ, so was looking for more work in my field. A colleague of mine was contracting for a company here called DutchSprouts (now called AgroCares), and mentioned that a job was on offer. I got in touch with them, they flew me over for a look, and I said “yep”. And with that, my wife and I packed up our lives into four suitcases (two mostly filled with board games) and flew to the other side of the world.

Now we live in south Ede with a house, a dog, and a dedicated board game room.

It’s not a heavy game. It’s not a long game. There’s only really two types of components, and both are cards. It only has like 2 rules. But it makes it to my Top 5 because it has never failed to produce hilarious results. I cannot remember exactly when, where, or why I got the game, other than it was in NZ, and it was dirt-cheap.

The crux of the game is simple: each round, one player draws a customer card and chooses one of the customers (e.g. graverobber). Then, each other player makes up a product by combining two words from a hand of six cards and pitches that product to the customer. Whomever the customer feels had the best product wins the point (but points don’t really matter). The game rewards creativity, rather than punchlines, and is always funny to play.

As part of my PhD studies in Leuven, Belgium in 2009 that I played my first proper board game (ignoring classics like Monopoly, etc). We were out having drinks, and I was introduced to three games: Saboteur, Carcassonne, and Jungle Speed. I remember having so much fun with them, that as soon as I got back to NZ, I quickly bought Carcassonne and Saboteur. I played the hell out of Carcassonne with my wife and anyone else I could convince to play. I remember playing Carcassonne back-to-back until like 3am or 4am with my best friend who ‘wouldn’t stop until he won’ (I don’t think he won :D). And I even incorporated Carcassonne into my PhD – one of the tasks for the Artificial Intelligence I developed was to learn how to play Carcassonne from scratch and develop a strategy.As time went on, I grabbed more games every couple of months: Ticket to Ride, Dominion, and a few other games, but once I finished my PhD and started my job, I had a lot more money, so I got a lot more games at a much quicker rate.

I didn’t actually get into Magic: the Gathering (MtG) until 2017. Prior to that, I was turned off by the scene: hyper-competitive, rich-man’s game, full of the worst examples of game players. But on a fateful day, when I locked myself out of my house and needed a place to hang out while my landlord drove down from Groningen, a friend asked if I’d like to try it, and I figured why not?

And it was there that I realised how much better a system MtG was to the other CCG I tried out in my youth: Yu-Gi-Oh. Instead of smashing cards together, the gameplay is full of so many more decisions. But the thing that got me past the negatives was the idea of cube drafting: instead of each player bringing whatever deck they could buy/download/whatever, one player has a set of about 360 cards. The ‘game’ is now in the drafting of those cards: each player drafts 45 cards, and makes decks from them. They then play the decks against one-another to judge how well they did. This removes all the negatives: no money involved – everyone is using the same power-level of cards, the game is shifted to (in my opinion) the best part: deck creation, and you just play it with a few of your close friends.

Primarily, because they are fun. The outbursts of laughter in a party game, the quiet recognition of a ‘good move’ in a Eurogame, the celebration of beating a difficult co-op, and the satisfaction of working out the strategy/puzzle of a game are all experiences I love.

But secondarily (and maybe more importantly), they are an amazing tool to meet people who will become friends. When I packed up my life and moved to Wageningen, I knew I needed to make some friends with like-minded people. Back in NZ I also started a board game group that attracted lots of great people, so I figured I’d meet people by joining board game groups in Wageningen.

When Marian, the previous organiser of the Wageningen board game group, left Wageningen, I took over. And we found Thuis as a perfect venue. Now, the WBG provides a place for people to meet other people, make friendships, all with the ‘glue’ of playing a game together to ease the difficulty of meeting new people.

Obtained through my first ever math trade back in NZ, this game was initially a bit crap. My first game of it seemed a bit random, and lacking focus. But on the second (and third, fourth, …now 42nd time), I saw what made it so amazing.

The premise of the game is pretty simple: each player is playing an alien race with 5 planets. The aim of the game is to get 5 points to win. Each player starts with 8 cards and need to use those cards in encounters to put one or more ships on another player’s planet, which is 1 point. During an encounter, the attacker and defender can ask for allies, who also have reason to join in. First player(s) to 5 points, win!

But here’s the crux of the game: each of the 50 alien races (closer to 150+ with expansions) has a unique power that fundamentally changes the rules of the game for them. One race gets a whole extra hand of cards. Another can move any number of their ships into the encounter. Another can force peace, another makes bets. Another marries other races, then can divorce them and take half their stuff!

What you get is every game is completely unique. The combination of alien races and their powers means no game is the same.

I love my metal music. Lately, metal in the black metal genre is doing it for me, particularly atmospheric black metal, but death metal is also pretty good for certain sub-genres.

Videogames have also been a lifelong source of fun. Mainly on PC or Playstation and typically single-player games, with the exception of Magic the Gathering: Arena. I’ve also been playing a bunch of PSVR games lately too. If you haven’t tried out Beat Saber, Sairento, or No Man’s Sky in VR, you really should!

Role-playing games (RPG) are another major activity for me. I used to play D&D, but have moved on to more narrative-focused games like Powered by the Apocalypse (PbtA) system games. At any given moment, I’m involved in 2-5 different campaigns, all in different systems with different people.

And a much more recent hobby is improvised comedy. In August 2018, I decided to give it a shot, and I immediately fell in love with the ridiculous absurd style of the comedy and felt like I was a natural at it. After a few months of practise, I joined the 2018 Xmas Alternative Nativity Story show, and I’ve been in every show ever since then.

This game was one of the first I was ever introduced to. I had just joined the local Hamilton, NZ board game group, and the organiser asked if people wanted to play Dominion. Sure, I was happy to try everything. As he explained the rules, it dawned on me the scope of the game. Every game, completely different setup from the last. You have the freedom to pursue any of the many strategies you see in the combinations of cards.

But before I get ahead of myself: Dominion is a deckbuilder style game, if not the original deckbuilder. At setup, 10 random cards are chosen from a set of 100+, and are used for the game, with 10 copies of each of those cards. The aim is simple, at the end of the game (when 3 piles are empty, or all the highest value VP cards are purchased), have the most VPs. You start the game with just 7 coin cards and 3 VP cards, and every turn, draw 5 and use those to buy more cards, which are then added to your deck. Repeat until game over!

I love the game for its replayability. Every game is completely different, and it is up to you to judge which combinations of cards will result in a win. Pure engine building, and always fun. Again, this one was played deep into the night with a close friend back in NZ on multiple occasions. Unfortunately, my wife hates it, so I never get to play it with her…

It’s hard to say exactly what my tastes are. I know what I don’t like at least: games without much player choice, war-themed/historic games of moving units around, and heartless/themeless Eurogames. I like games that have a clear theme that is reflected in the rules, high replayability, and any game that makes someone ‘light up’ when they play it as they put together strategies. As for my collection, I like to think I have games for all sorts of occasions. Big heavy games of 3+ hours, medium games at 90 minutes, games to play with non-gamers, and party games to play with beers.

My #1 and for good reason. Made by my favourite designer Vlaada Chvátil (Codenames, Mage Knight, Pictomania, Through the Ages), Galaxy Trucker is a game of rapidly building a terrible spaceship in the real-time part, then flying it through space to watch it get blown to pieces all in the pursuit of big space bucks. It’s a game of laughing at your own misfortune, but at your friends misfortune as well. And even if your crappy ship gets hit by every meteor and shot by every pirate, you still come away smiling, because you don’t actually care that much if you made the most space bucks – it’s just fun to play.

From the first moment I played this game, I had to have it. The Anniversary Edition was one of the first big purchases I made for myself, as a birthday gift. I recall one crazy setup where we used every expansion at once, even though some of us hadn’t played it before. Completely unforgiving flights, with half of us being quickly knocked out, and the other half limping to the finish. The only downside is the box is too big for me to transport to the meetups, otherwise I’d be forcing it on people constantly.

A tough one. Dice are very nice to roll, but I gotta say that shuffling cards and holding them is the way to go. Especially since all of my top five have cards.

One thought on “On the Wagon Again: Sam”