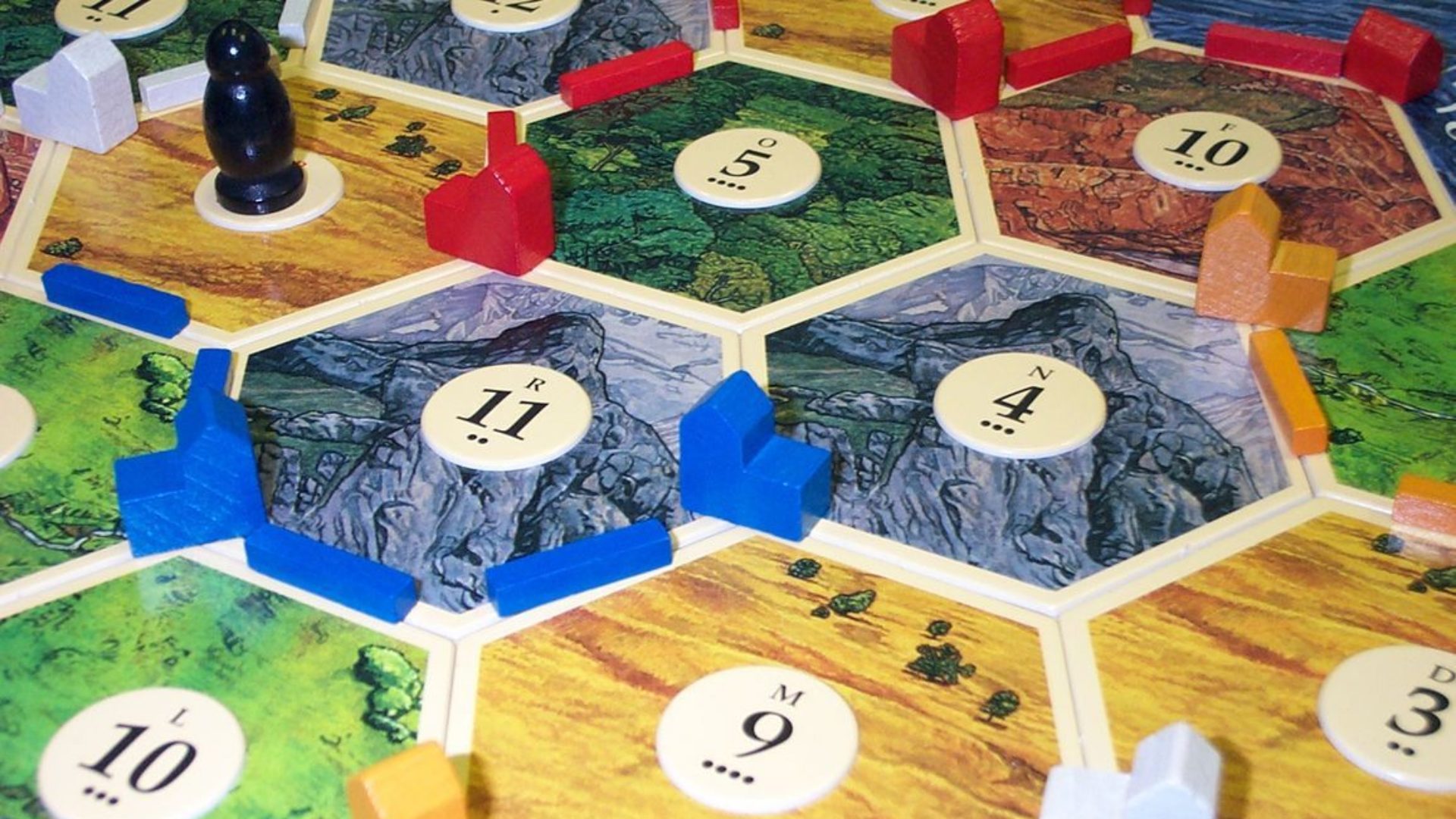 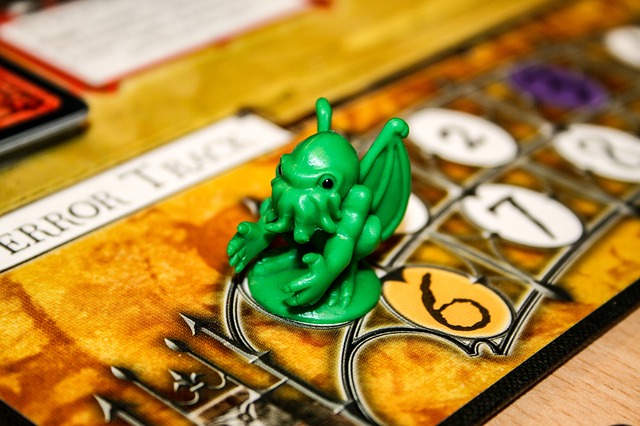 A challenge by Nienke Luchtmeijer.

As a big fan of (semi) cooperative board games, as well as board games rich in theme or story, it is rather easy to stumble into board games in the horror genre, as this genre lends itself well to fight together against some supernatural beings, and have a strong theme and/or story surrounding it.  One of the ‘downsides’ of this however, is the fact that such games tend to be of the more complex and lengthy kind, in order to make the experience more realistic and immersive. This left me in the predicament that I had several horror themed board games lying around that don’t get played often due to their length (especially when factoring in set-up and explanation).

As we all know, October is the month leading up to the spookiest night of the year: Halloween, and thus I figured it would be a perfect opportunity to bring out my lengthy horror games. I decided to make a post on Facebook asking if people were interested in playing one of these games, hoping I could get a chance to at least play each of them once, but was blown away by the amount of interest that the post generated. This meant that it wasn’t feasible to just start a group chat with the people interested to pick a date that would work, so I had to rethink my strategy. I ended up trying to find any and all available moments during October, and even some at the beginning of November in the aftermath of Halloween, where I could plan a session, then, somewhat arbitrarily, assigning one of the games to each session, and allowing people to ‘register’, with a maximum of 5 people per session.

In total I managed to find the time for 12 sessions, 3 (1 afternoon and 2 evenings) for each game, in order to hopefully allow everyone interested a chance to play these games. In the end, not all sessions ended up being used, but nonetheless I managed to achieve my goal of playing each of the games at least once.

In Dead of Winter: The Long Night, we had to survive hoards of zombies, whilst also taking care of our personal needs, and always on the lookout for somebody who would prefer to see the colony collapse; we even had to go up against some mutant zombies from the Raxxon laboratories one time.

In Betrayal at House on the Hill, we, a group of misfits, entered an abandoned mansion just to find the door locked behind us, and thus we started exploring the mansion, finding all sorts of odd items, and enduring all sorts of events happening to us, and even encountering some bad omens warning us of what was to come. We came across a box, one with miniatures, tiles, cards, and tokens, and got sucked into it, being trapped in some kind of game about a House on a Hill, needing to speedplay in order to find the same box in order to free us before we got trapped in that game forever… Once we managed to successfully escape that game, we were still trapped in that mansion, so continued exploring, where one of our friends became possessed by the spirits of some evil twins, and tried to prank us to death; we luckily managed to perform exorcisms, with the help of the spirit of the headmistress of their school, and expelled the spirits from our dimension.

In Arkham Horror, we had to work together to prevent The Great Old Ones, The Elder Gods, such as Unhordnoth, Azatoth, and of course: Cthulhu, from coming to our world, or when that’s too late, banish them and send them back to where they came from.

Finally, in Fury of Dracula, I got to be the terror everyone else was fearing, I was Dracula, and my fury needed to be felt by those who called themselves “hunters”. I was just minding my own business in my vacation home in Edinburgh, Scotland, when I got word that my ex, Mina Harker, had assembled with Dr. John Seward, Lord Goldalming, and the infamous Van Helsing, to hunt me down because I had taken a little bite in her neck in the past. I fled Edinburgh and first tried to stay in Great Britain, but soon they found my trail, and I had to escape to the waters and into mainland Europe just to try to outrun them, where eventually they managed to track me down again and beat me up. Luckily for me you don’t just kill a vampire by beating them up, so weeks later I returned, this time more powerful and furious, to increase my influence and have my revenge. Again I happened to be in my vacation home in Edinburgh when I got the news that, once again, Mina and her cronies had assembled to hunt me down and beat me up. This time, I was prepared, and once they tracked me down, I mislead them, having them think I moved to Southern Europe, when in fact I had escaped to Ireland, just to later return to Great Britain. I spread some rumours which helped me increase my influence even faster, I went into wolf form to make them think I was quickly running from them, when in fact they weren’t even close, and I hid to even further shake them off my trail, and eventually, I was successful, and Europe felt, the Fury of Dracula!

Now that Spooktober has come to an end, I won’t play these games as often as this past month, but I’m always looking forward to play them, so if you are interested in playing any of these games (again), you’re more than welcome to send me a message on Facebook or Discord so that we can plan a session of it.